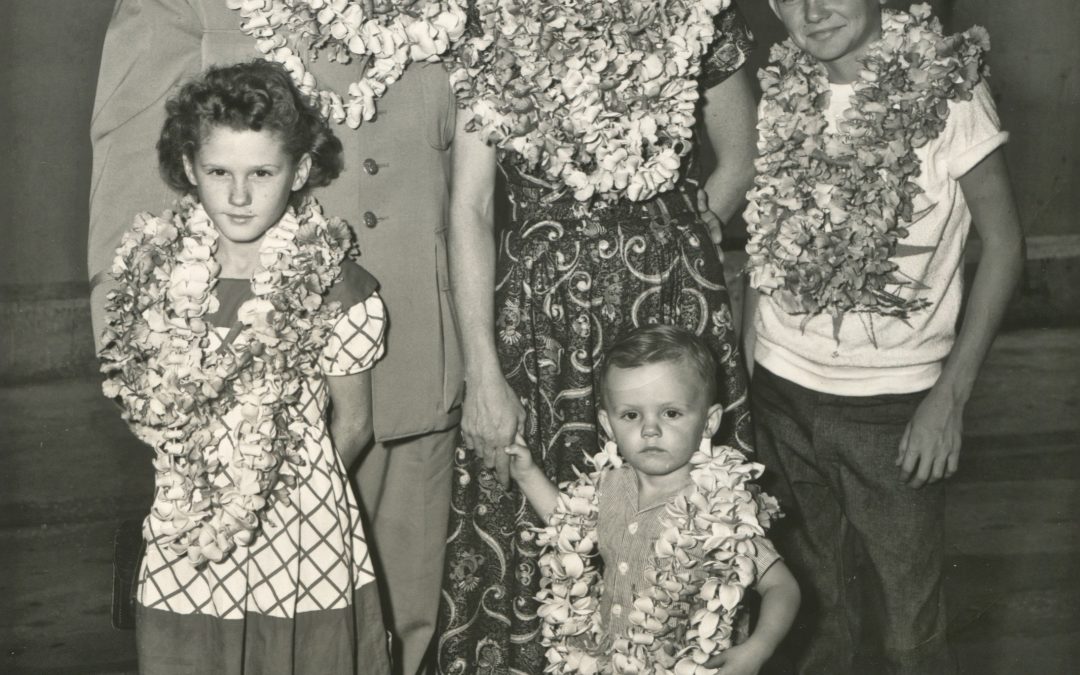 My brother’s life is a love story so it is appropriate that we gather on the eve of Valentine’s Day. Frank was born in Beaumont, Texas January 29, 1939. Life expectancy then was 59 years. Average monthly rent was $28 and you could buy a new car for $700. Gone with the Wind won the Oscar that year as the world prepared for the war that defined America’s greatest generation, which included our parents.

Our father was an Air Force officer. Frank inherited his hairstyle and asymmetrical sense of humor. I did, too. Some things are obvious. Some things we cannot help like having brown eyes or lactose intolerance or whom we love. How we love is another matter. My brother Frank loved life. He loved love and he loved his family. He would be the first to admit, in some ways, he was far from perfect. Frank could be impossible, but he was the most optimistic, fearless and tenacious person I have ever known.

It was a challenge growing up in a military family. We moved often. Frank and Carol were compelled to adapt, to get along and, like our parents, could sell just about anything. We were not poor, but we did not have much. Our parents insisted we share and look out for each other, which made us codependent. We shared pets, books, a vintage sock monkey – a lifetime of simple, priceless moments.

Our maternal great-grandmother Britt came to Oklahoma in a covered wagon in 1889 and was one of three students in the state’s first public school. Our family was not red neck, but we were red neck adjacent. We had relatives on the farm and on the range. Frank loved John Wayne, cowboy boots and all things western. And he loved Texas. If you asked about The Lone Star State, he would tell you all of the tall tales you could tolerate. OU-Texas football weekend he would wear his burnt orange Longhorn gear so, having boundaries, I avoided him.

Carol and I discovered many things going through Frank’s apartment. “Hey, will you look at this?” we’d say – an un-mailed traffic ticket and check from 1985. Enough band aids and moisturizer to survive a zombie apocalypse. Two sets of hearing aids. Thirty pairs of old eyeglasses. You never know when you may need them again. Lottery tickets. A lifetime of photographs: of his children – Frank, Tiffany and Skye – of his wives and lovers and friends; parties at home, at the lake and in the mountains. Polished pebbles and seashells he had collected. No doubt treasured memories.

Frank loved to run. He was a track star at Northwest Classen High School and set the record for the mile run. As a child I recall he’d take off from our home on 44th street and return a few hours later having run around Lake Hefner. Many people run toward something. Others run away. Frank simply loved being in the race. He loved to push his limits. One year I was at the finish line of the Dallas White Rock Marathon. That was an embrace I will never forget. “So, how was it?” He gasped: “Loved – every – second.”

In the Air Force Frank was stationed Tripoli, Libya. He wrote countless letters home. In a December 21, 1958 letter to our mother he concluded: “I will close with these words to you my beloved mother, ‘Any task is at your feet if you have captured peace of mind.’” Signed, “Your lovely son, Frank. P.S. There will never be two women on earth to equal you, my mother, and Carol.”

Earlier that year a letter to me: “I want you to write me another letter very soon because you write very good ones, for a seven year old…Be a good boy and take good care of Mikie because he is a very wonderful little boy…mind mother and dad because they know what is best for you. P.S. Study hard in school and play hard out of school, but at all times be fair.” I still have the coins he brought home from his travels.

Our father was a larger than life character who filled every room with light and laughter. When he died I was ten years old. Frank was twenty. From time to time we’d discuss how that event was a wound that cannot be healed no matter how much we love or work or pray. In Frank’s apartment near his running medals and trophies I found a set of hand written index cards in a coffee mug. One read: “Faith is often the expression of deep desire. God promises to bless the person who has strong desires because in God’s eyes desire and faith are one and the same.” Frank’s prayer of affirmation: “Lord, I accept the gift of abundant life. Help me grow in grace with each new day. Amen.”

Our friend Jo Nelsen sent her condolences writing, “Your sister Carol is the rock of that family. God bless her.” Carol will often say, “I am not mother.” But indeed, when our mother passed in 2000, she accepted the role of hosting holiday gatherings and, like Wendy in Peter Pan, shepherding the lost boys of our clan, which included Frank. In mother’s den was the infamous “wall of fame” where she displayed wedding and baby photographs of her children and grandchildren. Frank took a certain amount of pride having the most photographs. Mother would never take one down.

Frank loved nature and books on ancient history, Home Shopping Network gadgets and “buy one get one free offers” of any kind. His taste in music ranged from Al Jareau to Johnny Mathias to Frank Sinatra, Diana Ross to Barbra Streisand to Whitney Houston.

Around our house we had nicknames. Late in life Frank came to call Carol “the little general.” Growing up I called our sister “your highness.” She was short, but had good posture. I learned many things from Frank and from my older sister. Early on Carol advised me, “Never try to guess what a woman is thinking. You can’t keep up.” Apparently, Frank did not get that message.

We called Frank Frankie or Frankly. Carol had a variety of colorful nicknames for him, which I cannot mention in a church. Fashion-wise he was either dressed like a character from West Side Story, for a Marlboro Man dude ranch, as an Italian executive or something completely unpredictable. In the mid-80s I was living in Tulsa. Frank was between marriages and came up for the weekend. He was the first male I saw – outside of an NBA star or a rock concert – to wear leather pants. In public. “You’re wearing those?” He laughed and busted some voodoo-inspired dance move. “Free your mind little brother. Free your mind.” That was one long hilarious night.

Frank faced many challenges, and self-inflicted wounds, and was always a man of great faith. His epic family Thanksgiving prayers rivaled the Rhyme of the Ancient Mariner or the Pope’s State of the Church address. He would bless everyone. And I mean everyone. Finally mother would cut him off, “That’s enough. The food is getting cold.”

A year or so ago I asked Frank, “Why don’t you wear your hearing aids?” Upon reflection he said, “I hear what I want to hear.” When the VA reported his cancer had returned I insisted that I accompany him to his doctor’s appointments. In July Integris said his scans looked good. In September the cancer had spread to his lymph nodes. As we left the building Frank declared, “Well, I am glad that was nothing dire.” I shook my head. “You are stage 4. That’s as dire as it gets.” He just chuckled.

His apartment neighbor, when she heard the news of his passing, hugged me sweetly and said: “He was always so kind and cheerful. I’d be carrying bags of groceries and Frank would say, ‘Let me help you with that.’ He could hardly carry his own bags.”

Frank’s friend since Taft Junior High Andy Cornelius, shared, “The way he kept a positive attitude and did not complain was brave and amazing. He showed me how to stand strong in the face of adversity. He was a good soldier who looked for strength and peace in God’s word…I prayed with and for Frank. As sick as he was he would always ask about my wife and our health problems and pray for us. He finished strong and showed amazing courage facing death. I am blessed to have called him friend and brother in Christ.”

Our lifelong friend Nancy Jack wrote: “I have great memories of Frank and his smile, the way he would weave a story. His animation and energy were contagious. Frank was such a character and you know he was always kind to me. Kindness is a very under-rated quality and always appreciated.”

As I tucked him in bed a few nights before he passed he asked, “Do you and Carol know something that I don’t?” – “No,” I replied. “Although there is a first time for everything.” In the end Carol and I cared for Frank as parents would an infant, guiding him along so he would not fall. I never once considered our untold trips to the VA a burden. I did my best to make pushing his wheelchair an adventure. For me it was a privilege, a service to my brother who had served his country and to our parents and the greatest generation who secured the freedom and liberty we enjoy today. The caregivers at the VA were phenomenal. Frank never complained. “Bless you. Bless you,” was his constant refrain.

In the end it was his strength and compassion, his grace and small acts of kindness – that is how I shall remember my brother. In the end it was all about his heart, his passion for life and willingness to love deeply – and to know that he was loved – that made all the difference in my life.