Yoga in the Classroom, part 2 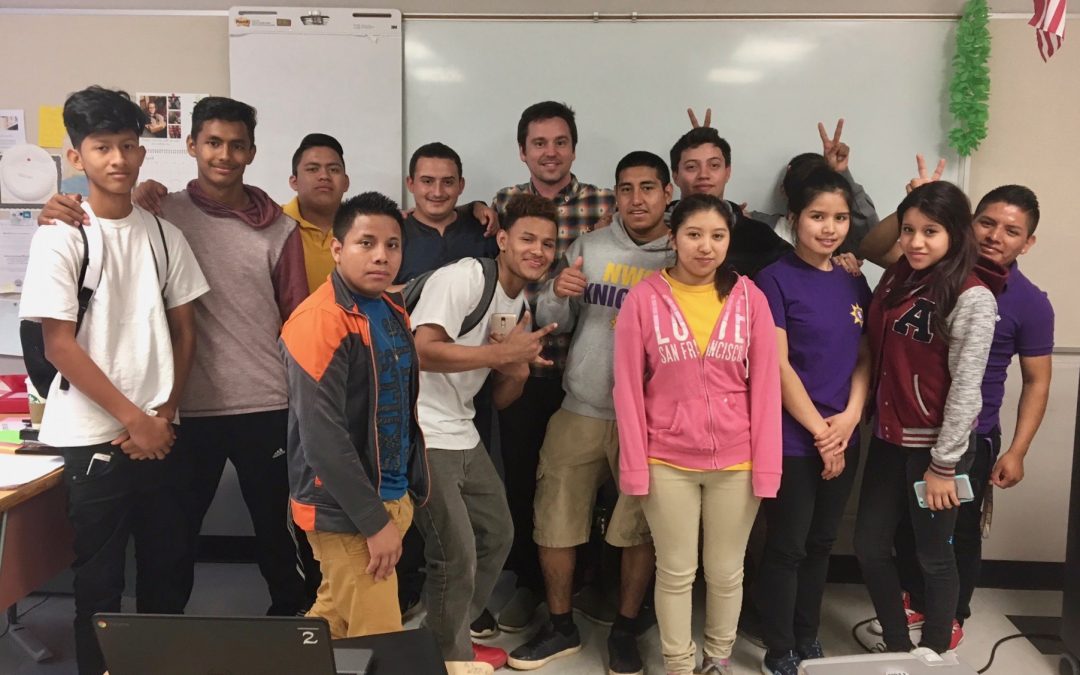 The morning after the November 8 election the Northwest Classen hallways were ripe with sorrow. “How is it?” I asked. “Everyone is in a state of shock,” Mr. Decker replied. “Half the students in my previous class stayed home.” We watched his English Language Development students enter the room in silence. I considered the Maya Angelou poem Human Family we studied the week before and the closing lines: “We are more alike, my friends, than we are unalike.”

I surveyed the somber faces then asked, “How do you feel?” In sharp contrast to our first meeting when no one was eager to share, there were several volunteers. “We’re afraid,” two of the boys said. “We will be deported.” I took a deep circular breath, as I had encouraged them to do in stressful situations, and looked to Mr. Decker. “May I speak freely?” He nodded approval. Adrenaline coursed through my veins.

“Fear nothing,” I stated emphatically. “None of you will be deported. This school is the safest place you could ever be. It is no accident you are in this classroom or that your teachers work to help you realize your dreams. Understand that you are welcome here because our government invited you. You are among the most courageous people I have ever had the honor to meet. Many of you traveled thousands of miles for this opportunity. Fear is similar to the thoughts you are not good enough or somehow don’t belong – those are monstrous lies. Trust yourself.”

We moved on. Lighter moments ensued as we discussed their admirable qualities, the importance of gratitude and personal goals. At our final class we acknowledged each other, especially Mr. Decker, and I promised to come back. I had given them copies of my poetry book Don’t Be Shy after which I was told, “That is likely the only book they own.” Months later, on an ELD field trip to the OKC Museum of Art, Wilfredo, the wise one, confessed, “You should know, I have read your book seven times.” I took a moment, suppressed my emotions, and thanked him for the affirmation.

I returned before the last week of school. The students were excited about summer and the poems they had written. They shared their expressions of love and loyalty, friendship and aspiration. They acknowledged each other with enthusiastic applause then chanted the name of the next reader. Momentum built to a joyful frenzy. When everyone had their turn they called my name. Moved and taken by surprise, the perfect piece was obvious. I recited Don’t Be Shy, the title poem that concludes: “…All we have is love. Don’t be shy. Give it away. I’ll go first.”

We took a group photo. The students laughed and carried on. The bell rang, our parting bittersweet. When they were gone I thanked Mr. Decker, retrieved a pristine canvas from a trashcan near the door and walked alone down the hallway of the school where teachers first encouraged me to write. Outside, the wind blew hard beneath a brilliant blue sky, forced me to hold the unrealized promise of that empty canvas close to my heart.